Yesterday, right-wing boozer Laura Ingraham made some vile comments about Sunday's celebration of Martin Luther King Jr.'s "I Have a Dream" speech. Also yesterday, a White House source told CNBC that Larry Summers will indeed be Obama's choice to take over the Fed from Ben Bernanke.

So what's the connection? Larry Summers' and Laura Ingraham's hearts.

About a decade ago, Larry Summers and Laura Ingraham were a love item. They carried on one of the weirdest (and grossest) Washington DC love affairs, in full view of the public. Summers had just finished his term as Treasury Secretary under President Clinton, and Ingraham was still recovering from the way Dinesh D'Souza dumped her for Ann Coulter. They were two stranded souls, like two forlorn goblin sharks trawling the ocean floor boneyard — (although Larry is more blob fish than goblin shark).

It was only a matter of time before the race-baiting shock-jock and Obama's choice for Federal Reserve chairman would lock jaws in carrion-bubbled embrace.

The record of the steamy Larry-Laura romance is slim. A few items in the Washington Post, a couple of pages in a book on Larry's disastrous tenure as Harvard president.

On July 1, 2001, Washington Monthly readers with strong stomachs learned that,

former Treasury Secretary Larry Summers recently joined conservative pundette Laura Ingraham for lunch at the Palm. "What shorthand phrase will future historians use to describe the Clinton administration?" Ingraham reportedly asked Summers. When he shrugged, she offered, "Sex between the Bushes." Whether Summers laughed at the joke could not be discerned.

That's what passes for the "com" in rom-coms for sociopaths.

Power coupling? Our spies in Cambridge, Mass., where Larry Summers reigns as president of Harvard University, encountered the recently separated second-term Clinton administration treasury secretary jogging Sunday morning with an attractive blonde looking suspiciously like arch-conservative radio host Laura Ingraham. We hear that Summers and Ingraham have been an item for a while now, and that the physically fit Ingraham has been instrumental in the 47-year-old economist's new diet and fitness regimen that has already relieved him of 20 pounds. Summers didn't return our phone calls yesterday, but Ingraham told us coyly: "Oh, please . . . he's a great friend. Don't worry, I still get my economic analysis from Milton Friedman!"

A year later, the same Lloyd Grove, in a WaPo Q&A with readers, dropped the first tragic hints that DC's most talked about psycho-mance had come to a tragic end:

Princeton, N.J.: Has there been any new news on Harvard president and blonde radio host?

Lloyd Grove: Larry Summers and Laura Ingraham? All I've heard is that he's fallen way off the wagon on the health-fitness regime she designed for him. Draw your own conclusions.

Cut to this week: Laura Ingraham invited fellow race-baiter Pat Buchanan to shit on the Martin Luther King celebration. At one point in her show, she played a portion of civil rights hero John Lewis' speech, then cut it off with the loud sound of a rifle shot. Then she went quiet. You know, like a rifle shot that assassinates civil rights leaders. Hilarious, isn't it?

During the show, Ingraham alleged that Sunday's MLK rally was a cynical ploy "to co-opt the legacy of Martin Luther King into a modern-day liberal agenda," and she complained:

"No one talked about the black crime rate at the rally."

Guest Pat Buchanan agreed, adding his own observations on this 50th anniversary of King's "I have a dream" speech — that blacks have no one but themselves to blame for their failures:

"What will these folks do, quite frankly, if they had to get up and admit we've got more opportunities than any large group of black folks anywhere on Earth today and our community is not making the most of it?"

As for President Obama's favored pick to run the Federal Reserve, Larry Summers, he has some memorable quotes of his own that would fit right in to his ex-beau Laura Ingraham's radio show format. A sample:

"I've always thought that underpopulated countries in Africa are vastly under polluted."

"I think the economic logic behind dumping a load of toxic waste in the lowest wage country is impeccable and we should face up to that."

On female genetic inferiority in science and math:

"There is relatively clear evidence that whatever the difference in means — which can be debated —there is a difference in the standard deviation and variability of a male and female population. And that is true with respect to attributes that are and are not plausibly, culturally determined."

"There's no adult in charge. Clinton would never have made these mistakes."

"I want you to help me fuck Harvey Mansfield."

On the root causes of inequality:

"One of the reasons that inequality has probably gone up in our society is that people are being treated closer to the way that they're supposed to be treated."

On anti-Iraq war protests vs. apathy:

"If this was the 1970s, [Harvard] would be protesting the war every day, but as it is, youth apathy means they focus on the important things — their studies — and that can only be a good thing."

"[Harvard] President Summers acknowledges that he misremembered a statistic outlining the number of child prostitutes in South Korea in 1970...He would like to apologize for any offense caused." 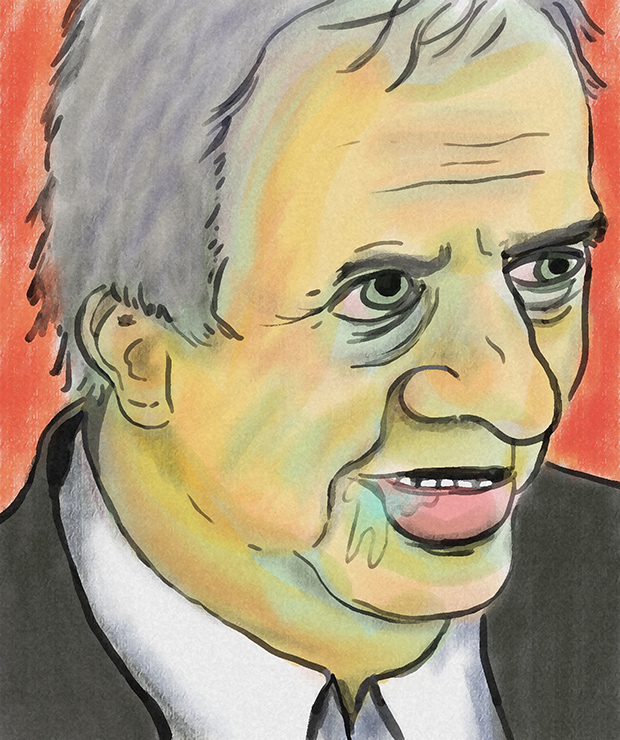