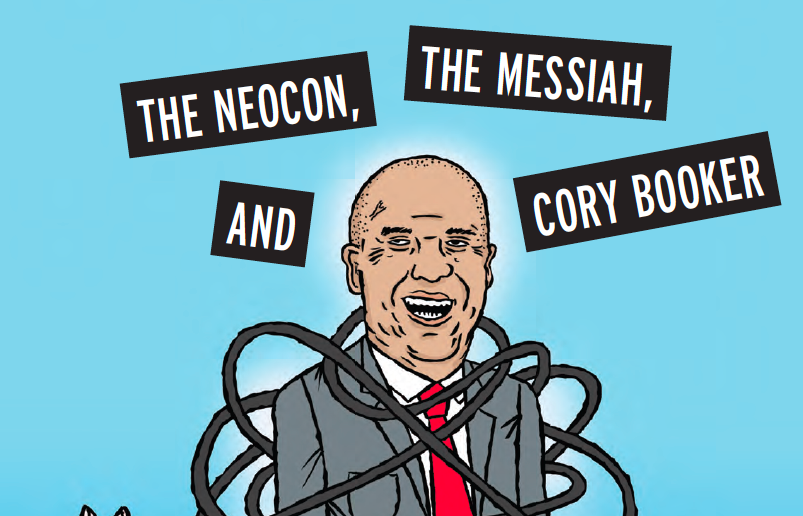 Letters to the Editor

"I was not accusing Yasha of being [an] anti-Semite, supporting anti-Semitism, or anything else of the sort"

Editor's Note: The following email was received from J.K Trotter, a writer for Gawker.com and is reproduced here with his permission (although he asked us to make clear that he is writing here in a personal capacity.)

The email comes following a heated Twitter exchange between Trotter, NSFWCORP's Yasha Levine, and me, following Trotter's criticism of the art accompanying Yasha's piece in the most recent Print Edition of NSFWCORP.

Ordinarily we only publish responses to actual NSFWCORP Dispatches, not Twitter fights, but in this case we felt that Trotter's response deserved a fair airing, which we couldn't offer via Twitter.

From: J.K. Trotter
To: Paul Carr

I’m emailing you because you recently stated that I accused one of your colleagues, Yasha Levine, of espousing anti-Semitism.

Before I get into that, I do want to say that I think your tweet’s other criticism — that I jumped the gun by publishing the Anthony Weiner video without waiting for a longer clip — is valid. I’m not disagreeing with your sentiment or your argument. I think I handled the new video as transparently as possible — meaning, I didn’t try to disappear the older video down the memory hole, and I cross-linked both posts — but yes, I should have tried to determine whether the first video was showing everything. The principle of thoroughness exists apart from any institutional animosity between Gawker and NSFW Corp.

Now about me accusing Yasha of being an anti-Semite, I want to state this as unconditionally and as strongly as I possibly can: I was not accusing Yasha of being [an] anti-Semite, supporting anti-Semitism, or anything else of the sort. Anti-Semitism is a grave ideology, and accusing someone of spreading it is a serious charge, so I want to clear the air surrounding the heated exchange on Twitter from which this accusation arose.

On Tuesday I wrote, over two tweets, my criticism of the magazine art that accompanied Yasha’s piece on Cory Booker’s ties to the Jewish Chabad-Lubavitch sect: “Here is @nsfwcorp being extremely subtle about Cory Booker’s relationship with Jews.” and “Can you draw Booker being manipulated by a pair of tefillin straps? That would look really awesome.” Shortly after that, Yasha tweeted: “Hey dumbshit, @jktrotter. Not Jews but Chabad cultists. Doesn't Nick Denton teach you how to read?”

To back up a bit: I’m writing this email because accusations of racism are fairly difficult to legislate over Twitter. Looking back, I should have sent you an email asking how that cover art came about, because (as I wrote on Tuesday) I thought it was an unsubtle and unwise illustration, especially in the context of a politician’s engagement with Jewish people (albeit with different Jewish communities and individuals, and in different ways). It appears to depict Cory Booker either being caught up in or being influenced by an implement of prayer that’s used by observant Jews — not just the one sect whose relationship with Booker Yasha discusses in depth and detail.

But: I did not mean to suggest the illustration was anti-Semitic, nor was I accusing Yasha — who, if I’m not mistaken, did not produce the illustration — of anti-Semitism. I thought the illustration was ridiculous, sure, but that’s because I thought it was unsubtle: it vulgarized Booker’s storied, yet often complicated, Jewish identity, to which the essay very much pertained. Whatever issues I took with Yasha’s piece — and I took some, certainly — it at least tried to give history and depth and nuance, if not the benefit of the doubt, to Booker’s experience. The accompanying illustration, in my view, undermined whatever point Yasha was trying to make. And I think one can criticize depictions of Jewish people — including the criticism that an illustration could be better, more subtle, maybe richer — without immediately resorting to charges of anti-Semitism.

It never, ever crossed my mind that Yasha, or the illustration, or NSFW Corp, would be animated by anti-Semitism. I was already familiar with Yasha’s research at the Shame Project, whose work (again) I don’t universally agree with but whose depth and thoroughness I have admired. (I’m still not sure how he and Mark Ames procured the brochure for the dinner where Megan McArdle emceed.) And a few months back a friend of mine suggested I subscribe to NSFW Corp, where I had seen Yasha’s byline (but was blocked by the paywall). So I did; you can look me up. All of which is to say that I really do apologize that I misstated my criticism, or voiced it in the forum and way I did. Twitter is great for a lot of things, but it’s not the best forum for advancing nuanced arguments about the art direction of a young magazine. Or, for that matter, anything of actual nuance.

I also want to be very clear about this: I’m not demanding you retract anything, or apologize to me, or even acknowledge this email. I’m not seeking anything in exchange, and I’m not seeking any kind of retribution or revenge. I just wanted to address this accusation of anti-Semitism, and to clearly state that I in no way detected a whiff of it in Yasha’s piece, or his larger body of work. And I wanted to say I’m sorry: for igniting the unnecessary and heated exchange, for expressing myself poorly, and for making Yasha think he was under attack because of perceived anti-Semitism.

OK. That’s it for this email. I’m very open to some kind of exchange. But I don’t think Twitter is the best forum for this kind of discussion.